Star Trek is a cultural phenomenon. Attempting to show what humanity could become in the future if we embrace a universal humanity and “boldly go where no one has gone before” (as well as comment on current society via narrative lens), Star Trek has spawned six TV shows (plus a new one for 2017!), 13 feature length movies, books, comics, conventions, and endless geek trivia.

At the backbone of each of these fictional voyages and adventures is a senior staff, the protagonists, who collectively work together to explore or administer their part of the galaxy. Every Trekkie has their favorite crew, but what would be your ideal Star Trek senior staff if time, space, and series were not limiting factors?

Super Orator posed the question of ideal Star Trek senior staff to me and provided a list of the senior staff positions. Here they are with my take on their portfolios and expertise. 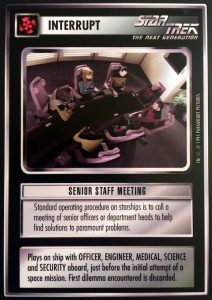 The Star Trek Universe currently has six main crews. If you want a listing of them, follow the links:

Star Trek: The Next Generation (TNG)

The Senior Staff aboard the USS-Collie, the flagship of the fleet by sheer awesomeness. 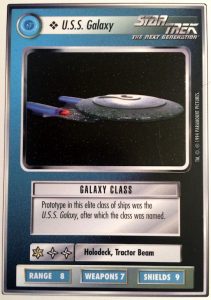 The saucer section can separate

I reordered the Senior Staff list in recognition of overall rank as well. So while Data on the bridge mans the Ops station, he is also second officer behind Spock, the same role he excelled at on the Enterprise-D.

Comms has a higher prominence on the USS-Collie than maybe on other ships because of the diplomatic nature of the ship’s mission; I envision the USS-Collie as more of an explorative/diplomatic ship. Wesley’s rank, while being the most junior officer, is still an officer. Dr. Phlox as Chief Medical Officer is the only civilian on the senior staff.

From Each According to Their Ability

As you can see, the crew of the USS-Collie is heavy in personnel from The Next Generation. This is mostly because TNG is my favorite series and first entrance into the Star Trek cannon, but also because the exploration/diplomatic mission of USS-Collie is akin to the mission of the USS-Enterprise D. As such, a crew with a diverse and unique skill set would be needed.

Given the propensity for crossovers, time travel, and silliness most Senior Crew served multiple positions. I chose the position I think they best embodied.

Captain preferences are personal. Picard embodies the wise commanding officer, is potentially the greatest all-around diplomat in Star Trek, earns the respect and trust of everyone he meets, and can bring the steel when needed. I have a soft spot for Janeway and Sisko, but Picard is the Captain of the Federation flagship. There is no better Captain.

Though Spock may have been “the best science officer in Starfleet” according to Captain Kirk, his main talent is advising Captains, making Spock the ideal First Officer.

Data’s Renaissance man curiosity and encyclopedic knowledge make Ops a good place to touch all operations of the ship, while his sheer awesomeness gives second officer rank. As the only non-biological being on the staff, his physiology is also useful.

Chief Engineer La Forge benefits from always giving accurate assessments to his captain, and not playing up the difficulty of a problem to be a miracle worker. His enhanced vision also aids his crew.

The Borg assimilate everything and integrate technology and biology into one. Seven of Nine, consequently, has a unique view of science matters.

I really like both Uhuras for Comms, but the more empowered female take in the Abrams AR universe gives the crew more grit. In other series, this position is too often assimilated into an officer’s other duties or staffed by lackluster characters. 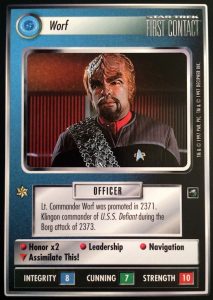 You want a Klingon to fight your battles. War is in their blood and customs. A Changling for internal security offers many ways to surprise and neutralize threats. Either could do both jobs, but in tandem is best. 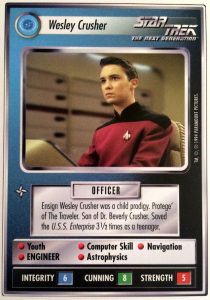 The Helm position seems to favor the young and galactic-wise. Wesley Crusher was exposed to most of the galaxy by the time he became a teenager and is a crack pilot (Ensign of the Enterprise-D and attempted the Kolvoord Starburst) Wesley is also a Traveler, which offers great options at the Helm.

The medical issues facing a space vessel encountering new species is, in a word, exotic, and I really enjoyed Dr. Phlox’s philosophy of using the exotic creatures and remedies encountered to diagnose and treat the crew. The USS-Collie would have an Emergency Medical Hologram (VOY) because every ship gets one.

Non-human races and beings, reflective of both the Federation and its inclusive philosophy, are heavily represented on the USS-Collie senior staff. The crew boasts a Vulcan, an Android, a Borg, a Klingon, a Changeling, and a Denobulan. If you want to get really geeky, Wesley Crusher is also a Traveler.