No Apologies Advocate and I saw “Phantom of the Opera” recently. After the show, amongst discussing the darker tone of Cameron Mackintosh’s national tour, the sumptuous sets, and the crowd-pleasing chandelier, we did a little research on Andrew Lloyd Webber. Amongst the standard biographical information came this revelation: Sir Lloyd-Webber has created a sequel to Phantom entitled “Love Never Dies.”

As this is a sequel, we started calling it Phantom of the Opera 2: Love Never Dies (verbally stating the colon). The title sounds like an action movie. The setting is 1907, 10 years after the original Phantom (which occurred in 1881) in the most American, opposite of Paris setting ever – Coney Island! The plot reads like an action movie.

Christine Daaé is invited by an anonymous impresario to perform at Phantasma, a new attraction on Coney Island, and, with her husband Raoul and son Gustave in tow, journeys to Brooklyn, unaware that it is actually “The Phantom” who has arranged her appearance in the popular beach resort. 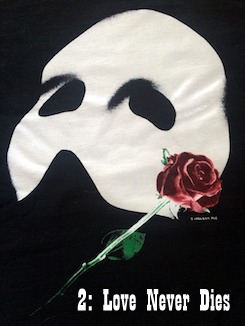 Andrew Lloyd Webber is hoping your love for the original Phantom never dies.

Madame Giry is working for the Phantom!
Raoul is a drunkard, absent father!
Meg Giry is an “Ooo La La” Girl!
Gustave is the Phantom’s son!

Riffing on the idea of Phantom of the Opera 2: Love Never Dies being a bigger and unnecessary sequel, No Apologies Advocate and I postulated the main star would not be the Phantom. No, the main star should be Raoul who would action movie his way through the musical all to save his wife, his son, and Coney Island from the dastardly Phantom of Phantasma! There would be a lot of running. The music would feature heart pounding drums and ear splitting brass. The climax would be Raoul and Phantom mano-a-mano in a hyper-testosterone, machismo, throw down your semi-automatic weapons fistfight because this time it is PERSONAL.

There is only one man to play Raoul, and that man is Tom Cruise.

Which led us to wonder, why has Tom Cruise never done a Broadway musical?

Tom Cruise not starring in a Broadway production is surprising. He could open musicals of all his biggest films, perform in them for a week, and then hand over the role to a Broadway veteran and rake in the producer residuals money. As this clearly needs to happen, I took the liberty of creating abbreviated song lists for Tom Cruise musicals. 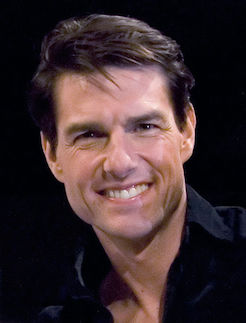 He can act, sing, dance…why not in a musical?

This has already happened…as satire from Canadians.

This has already happened…improv style.

A Few Good Men: The Musical

A Few Good Men: The Musical featuring the hit songs…

Of course, this was originally a stage play so why not a musical?