2016 was a year of big-budget spectacle movie watching. I would have liked to see move thoughtful films, but moving cross-country limits your time, apparently. Nonetheless, there were some good movies and some stinkers in 2016. I recommend all on the list except the starred.

Raunchy, inappropriate, hilarious sendup of the superhero craze we are all stuck in and enjoying.  Most enjoyable new movie this year.

Zach Snyder puts to rest any questions about what his true calling should be: cinematographer. The visuals are amazing (Bruce Wayne walking into a cloud of smoke a la NYC on September 11, 2001), but the movie is morally adrift, with illogical motivations, and nonsensical plotting. As NoApologiesAdvocate stated, “The movie should have been called, ‘Finally! Wonder Woman!’” Or as one tweet I saw summarized: “It’s Batman v Superman, not Batman vs Superman because this movie is without hope.” 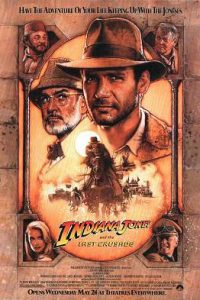 Which one is your favorite? Mine is Last Crusade.

This was everything Batman v Superman should have been: awesome motivated action, women and minority superheroes kicking ass, and funny. And yet, Civil War exposed the Marvel Cinematic Universe’s Achilles Heel: There are no stakes. No one died (not even the villain, a Marvel Studios staple) and there were no real consequences for anyone’s actions. The only character who went through any sort of growth or change was Black Panther, who went from bloodthirsty revenge to wise contemplator of justice. Civil War is a popcorn flick that could have tried to be more.

Beyond is a Star Trek episode as a feature film, and it works. Easy to digest and enjoy, Trekkie or human.

Cute, unnecessary family film. Pixar filmed rejected plot points from Finding Nemo and still managed to well up a tear or two. The movie kept pulling me out of the narrative, however, with all of the salt water fish who kept finding themselves in fresh water containers.

Punishing, sparse, and, yet, recycled. Julia Stiles is underutilized and you’ll be forgiven if you mistake Greece for India and a motorbike for a jeep when she’s on screen. The Bourne family connections feel forced on us as a reason to hate the villain. A great movie if you just need an afternoon to vicariously live through Matt Damon as he punches people.

Just fun. Marvel not trying too hard and remembering what makes it successful. Marvel, again, underutilizes its villain, only this time because he’s barely on screen. Can I have some motivation? Love Doctor Strange’s cape.

A worthy, if flawed, Star Wars entry. Here is my breakdown.

About a Boy (on a plane)

This has the pacing of a British dramedy, but is cute and harmless. Hugh Grant and an über-young Nicholas Hoult. 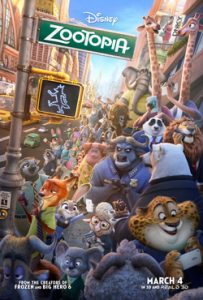 A straightforward “Follow your dreams!” family movie that speaks quite a bit about race and class. And the Oscar for Best Animated Film goes to…

What a letdown from Skyfall. Spectre was slow, visually dark, and dull.