No observations on America’s Dairyland (Wisconsin) this week.  Though I helped a woman remove her front bumper, bought a kitchen table, and won team pub trivia despite incorrectly answering the FIRST question with braggadocio, none of these have consumed a noteworthy amount of my thoughts recently. 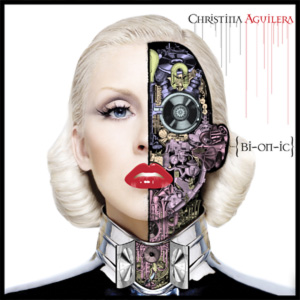 Nope, it’s time to get uncomfortable.

UChicago: Not A Safe Space

A little over a month ago, the University of Chicago gave a letter to the class of 2020 saying it does not support trigger warnings or safe spaces.  A public radio host I follow on Twitter tweeted “Amen;” where, then, I attempted to, respectfully, tweet back that he did not fully understand trigger warnings or safe spaces given the biases of the UChicago letter.  I read some tweets back and forth, asked for more context from my Facebook friends, and eventually became really uncomfortable.

I don’t think I understand what is a safe space or a trigger warning.

This worried thought came a week later when I read the “Morning Hot Dish,” a daily newsletter from the Minneapolis Star Tribune that collects interesting political news.  The Hot Dish’s editor, J. Patrick Coolican, had included this link and comment:

Jon Chait on the anti-anti-PC left and the U. of Chicago’s no “safe spaces” edict.

Chait opposes political correctness and sees safe spaces as the newest embodiment.  This argumentation I believed was flawed and Mr. Coolican regularly requests feedback, so I fed back:

Thanks for the daily Hot Dish.  Lots of good stuff you cause me to read or think almost daily.

The piece you linked to here – “Jon Chait on the anti-anti-PC left and the U. of Chicago’s no “safe spaces” edict.” – attempts to open a new angle on the safe spaces debate, but falls victim to a similar lack of understanding of what safe spaces are.  “The letter is obviously directed at the common practice of delineating common public spaces on campus, like classrooms or auditoriums, to be “safe spaces” where political discourse must adhere to left-wing dogma” the article states, but that’s not what safe spaces are.  Safe spaces – when classrooms or auditoriums – are a tool to allow for the open discourse of ideas by ensuring everyone is safe to express their opinions without fear of reprisal.  Like any tool they can be abused and misused against their purpose.

I know you didn’t write that piece, but there is context on my approach to the issue.

Here is some context from a former UChicago Student Body President on the UChicago letter and it’s writer.

Summarized, the string of tweets from the UChicago Student Body President say the UChicago letter was prompted by a small subset of the UChicago administration sensitive to being criticized and not out of a desire for greater academic freedom.  Hypocrisy, basically.

A fact Mr. Coolican did not miss in his response.

Matthew thanks for writing.

You’re right my linking to something doesn’t express agreement. I pick things because I find them interesting.

The press has typically described these developments as a resurgence of political correctness. That’s partly right, although there are important differences between what’s happening now and what happened in the 1980s and ’90s. That movement sought to restrict speech (specifically hate speech aimed at marginalized groups), but it also challenged the literary, philosophical, and historical canon, seeking to widen it by including more-diverse perspectives. The current movement is largely about emotional well-being. More than the last, it presumes an extraordinary fragility of the collegiate psyche, and therefore elevates the goal of protecting students from psychological harm. The ultimate aim, it seems, is to turn campuses into “safe spaces” where young adults are shielded from words and ideas that make some uncomfortable. And more than the last, this movement seeks to punish anyone who interferes with that aim, even accidentally. You might call this impulse vindictive protectiveness. It is creating a culture in which everyone must think twice before speaking up, lest they face charges of insensitivity, aggression, or worse.
http://www.theatlantic.com/magazine/archive/2015/09/the-coddling-of-the-american-mind/399356/

The tweetstorm from the former UC student body president was interesting, but mostly it seems he’s accusing the administration of hypocrisy, rather than addressing whether it’s a good idea  for universities to be limiting academic freedom in a manner that we typically associate with authoritarian regimes and not the U.S.

Thanks again for your input.

Thanks for the reply.  I’ve seen The Atlantic article but haven’t had a chance to read it; long reads take me longer. 🙂

I appreciate your reply because it is helping me solidify the besieged ground I feel I’m on.  Academic freedom is a value central to who I am (my parents, grandparents and partner are all college professors) and I chafe and reject the notions J. Haidt describes (and I assume also rejects) in your block quote:

More than the last, it presumes an extraordinary fragility of the collegiate psyche, and therefore elevates the goal of protecting students from psychological harm. The ultimate aim, it seems, is to turn campuses into “safe spaces” where young adults are shielded from words and ideas that make some uncomfortable.

A presupposition of fragility and goal of protecting from the uncomfortable is antithetical to academic freedom and the basic goals of education.  Those ardent safe space supporters J. Haidt describes aren’t safe space supporters at all in my view.  They’re not trying to create a safe space, they are trying to create privileged protected space counter to the idea of a safe space as I understand it. (I also want to see a campus where this occurs since none I intact [sic; I meant interact] with are like this.)

Yet the vehement safe space opponents who paint safe spaces as exclusively privileged protected space that must be purged are also mistaken.  Yes, we must stand against authoritarian excess, however, we cannot have productive discussions about rape culture if the victims feel unsafe to speak of their trauma; we cannot decide what an inclusive society looks like if the transgendered community cannot use the restroom without fear or talk about their fears without reprisals.  These are examples of rhetorical and physical safe spaces that don’t prevent opponents, critics or the curious from having or expressing their views.  They are safe space created to foster freedom, academic and otherwise.

The UChicago letter also troubled me because it takes other tools, such as trigger warnings, with their own adherents and opponents and equates them equivalent.  In that space the hypocrisy argument gains greater weight.

I’ve been working for about a week how to articulate my defense of safe spaces – or even if I should – given I may have a definition made obsolete by those extreme supporters and opponents.  If you’ve read this email too, thank you for allowing me this privilege.

I am still working on that defense.

I’ve been reading more (thank you to those who sent me articles after my Facebook plea) and writing thoughts.  I don’t know where this will take me, but the topic weighs on me.  Values I grew up with – freedom of thought, feeling of safety in self, the exchange and conflict of ideas – seem to be at odds.  As concepts coalesce into writing I will share.  Until then…

I am still uncomfortable.

Be safe.  And be open-minded.