The books I read in 2015 spanned new genres.  Drama and Graphic Novels (i.e. Comic Books) came in heavy rotation.  The most satisfying moments were the phrases and sentences that encapsulated a simple emotion.  Emmaus, Equivocation and Peace Like a River contained many.

Simple Inspiration on how to achieve your reading goals this year. 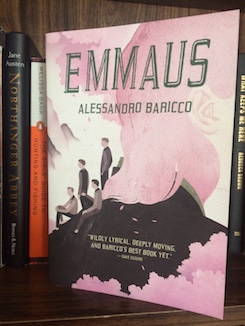 Emmaus by Alessandro Baricco
Beautifully simplistic and inscrutable simultaneously. The prose is woven with the milky clarity of poetry, thus, maddeningly insightful. Emmaus challenges me because for the second novel in a row (first, ASoS), the characters do what I would not allow: make mortal mistakes and suffer the consequences. Maybe I have yet to reach Emmaus and am still seeking the Savior.

Peace Like A River by Leif Enger
Lyrical Midwestern tale.

A Storm of Swords by George R. R. Martin
Quick reactions: I’ve read The Red Wedding; Tyrion finally did something that made me dislike him; Daenyrs needs to grow up; Ayra is finally headed to where I wanted her to go at the end of A Clash of Kings; Jamie is actually interesting to read about; the Mountain and the Viper (!!!); Bran moves too slow; the Queen of Thorns is wicked fun; and Jon Snow, you know nothing.

No spoilers for the rest of the series (Books or TV) please.

True Grit by Charles Portis
The voice of Mattie Ross leaps off the page and rides the rough trails of truth, yarn and believed hyperbole with as much grit as her companion Roster Cogburn.

Flash Boys by Michael Lewis
I hope they fix the stock market.

Hus the Heretic by Poggius the Papist and Paul Tice
John Hus was a fifteenth century Bohemian priest who questioned and criticized the Catholic Church pre-Reformation. Hus is a national figure in the Czech Republic, there is a monumental statue of Hus in the Old Square. Skip this book, however, and just read the Wikipedia entry on this man who influenced Marin Luther. 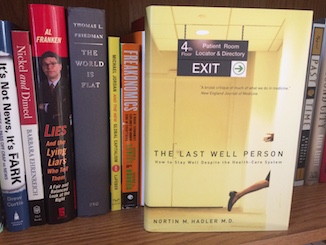 The Last Well Person: How to Stay Well Despite the Health Care System by Nortin M. Hadler, M.D.

The Last Well Person: How to Stay Well Despite the Health-Care System by Nortin M. Hadler M.D.
I can’t recommend it for the general reader because the language is the obtuse side of erudite (to the point where if Dr. Hadler is really writing this for the “general” public he at times failed for challenging his readers too much) but I can’t not recommend it to everyone I know because it eviscerates medical care.

There is a health care industrial complex in which your doctor is either an active participant or an overwhelmed victim that promotes worthless treatments. Among the claims the books justifies: you don’t need heart surgery or colon cancer screening; mammograms are a social construction and prostate screening is harmful; millions is wasted on medicalization of people who are “sick” with poor social support structures; if you have to convince your doctor you are ill you will never get well; and osteoporosis is not a disease. 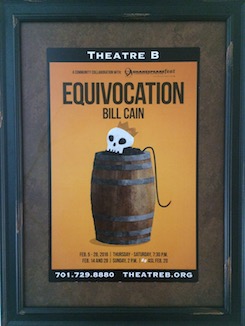 Theatre B poster for Equivocation by Bill Cain

The Art of Bad Men by Vincent Delaney

The Diviners by Jim Leonard Jr.
I played Basil Bennet in FMCT’s production in April 2015.

Equivocation by Bill Cain
Playing Shag at Theatre B was easily the most satisfying theatre experience I have had to date.

William Shakespeare’s The Empire Striketh Back – Star Wars Part The Fifth by Ian Doescher
The Star Wars ‘verse in verse! The mixing of the Bard and Lucas brings out the best of both. The real treat, of course, is Yoda – who doesn’t speak in iambic pentameter! 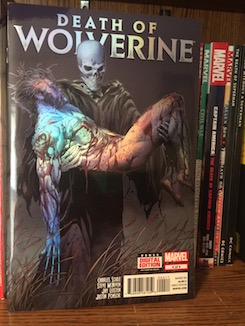 Death of Wolverine by Soule & McNiven