I am reading Marvel’s current run comic book Black Panther. Black Panther’s writer is Ta-Nehisi Coates (pronunciation: Tah-Nuh-Hah-See Coat-s), winner of the National Book Award for “Between the World and Me”. Mr. Coates is the reason I am reading the comic book, the first I have purchased and read during its print run.

Like a lot of comic books, there is a letter section at the back. I enjoy letter writing, but have had no reason to write beyond “I like your comic book.” In April, that changed. First, a Marvel VP decried diversity as the reason for sales declines. Then, the letters in Black Panther issue #12 contained a long diatribe opposed to the LGBTQ issues and themes in Mr. Coates’ Black Panther.

I have no idea if my letter to Mr. Coates will be chosen for print.  So here are my thoughts on Black Panther and diversity.

Thank you, I enjoyed “A Nation Under Our Feet.”

I write you in light of the recent letter by a “Marvel Fan” opposed to the LGBTQ issues and themes in Black Panther and comments by Marvel’s Senior Vice President of Print, Sales, and Marketing, David Gabriel, that through “sales” Marvel heard “people didn’t want any more diversity.”  My response to those men’s comments is simple.

Please keep writing, Mr. Coates.
I want LGBTQ issues and themes.
I want more diversity.
Diversity from my viewpoint is why I read.

I am a white cisgendered 30-something male who has been into comic, geek, and nerd cultures my whole life.  I am the “traditional” comic book demographic.  Except, while I was aware of superheroes and would buy a comic book once in a blue moon, I did not buy comic books regularly.  The Marvel Cinematic Universe is exciting but it has not driven me to read the parallel Marvel Comic Universe.  Then I heard about Miles Morales as Spider-Man, the Pakistani-American Kamala Khan as Ms. Marvel, and a mystery female as Thor.  None of these characters look like me.  Their problems do not resemble mine.  But they are interesting.  I want to know what happens to them.

Yet it was when you, Mr. Coates, were announced as writer of Black Panther that I finally learned the term “pull list.” “Between the World and Me” gave me a glimpse into the struggles of the modern black man.  You and your artistic team’s thoughts and art (Brian Stelfreeze is amazing) on a black character struggling with the trappings of power and superiority (typically “white” issues) while surrounded by black friends and foes…that’s a story I wanted to read.  I envision myself an erudite reader, and I enjoy how Black Panther has challenged me in both language and theme.

I know you do not need my encouragement to keep writing.  But the comments of “Marvel Fan” and Mr. Gabriel illustrate others might need encouragement to face down white hegemony and keep doing what they love.  “A Nation Under Our Feet” argued for change through acceptance of diversity of thought while taking lessons from our past.  Like all great fiction, the argument extends beyond the pages of the book. 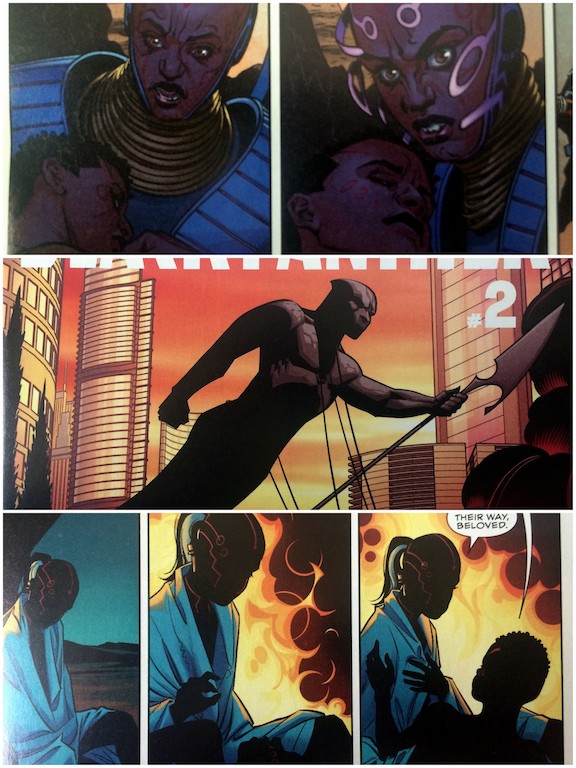