Robert is the smart, calculating husband to Emma, who had an affair with Robert’s best friend, Jerry. Betrayal starts in 1977 when Jerry and Emma meet after Emma and Robert’s marriage dissolves, and then backtracks to 1968 when Jerry and Emma’s affair first began. As the years spin backwards, a complex web of secrets about the trio emerges and calls into question the nature of their intimacy - as friends, partners, and spouses.

"Well, to be brutally honest, we wouldn't actually want a woman around, would we, Jerry?" - Robert

Matthew M. Collie (Robert) was last at Sunset Playhouse as Father/Bob Bradley in THE BEST CHRISTMAS PAGEANT EVER. Credits: Shag (EQUIVOCATION), Anton Schindler (33 VARIATIONS), and Dr. Jason Posner (WIT) with Theater B of Fargo, North Dakota. Matthew is a member of the National Forensic Association Hall of Fame. 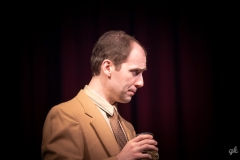 It's not very important, is it? 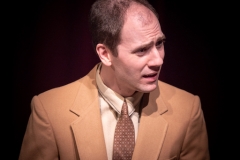 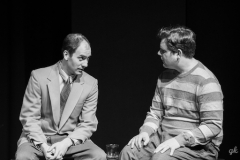 She told me four years ago. 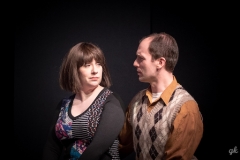 Writing a novel about... 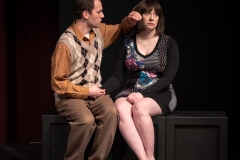 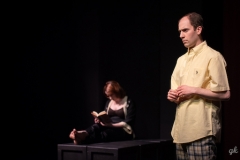 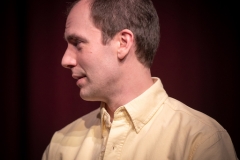 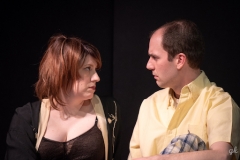 Not even his love? 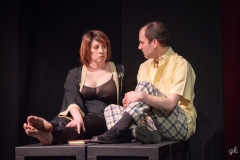 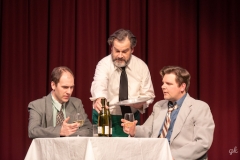 Another bottle of corvo bianco. 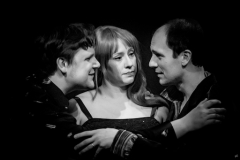 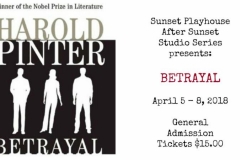 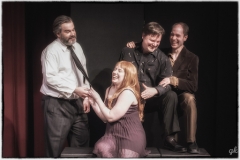 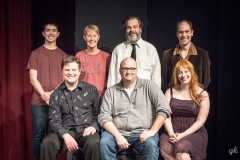 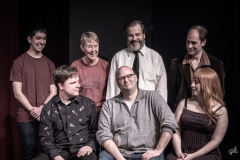 Focus on the Director