This French farce takes place in the home of the wealthy Orgon, where Tartuffe – a con man and religious impostor – has insinuated himself. He succeeds magnificently in winning the respect and devotion of the head of the house and then tries to seduce his wife, marry his daughter, and scrounge the deed to the property. He nearly gets away with it, but an emissary from the king arrives in time to recover the property, free Orgon, and haul Tartuffe off to jail by exposing his hypocrisy. All the while, Molière mercilessly examines the hypocrisy that men commit and the dangers that imperil those would only believe what they choose to believe despite a mountain of evidence to the contrary.

"...all performers in “Tartuffe” carry on with the vigor and verve of a modern farce."

"...and Cleante, the voice of reason who represents the Age Of Enlightenment and most echoes Moliere’s viewpoint (Matthew Collie) who also render outstanding performances." 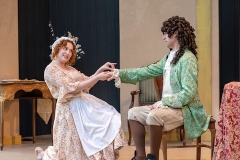 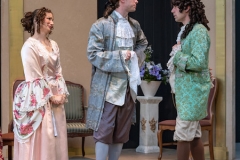 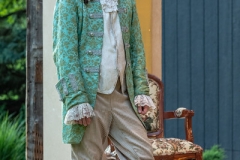 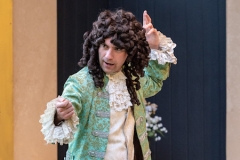 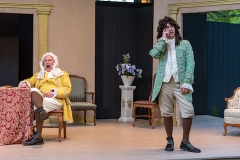 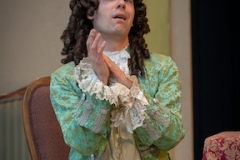 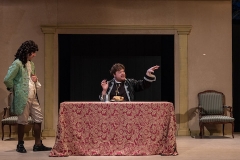 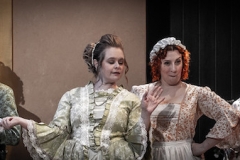 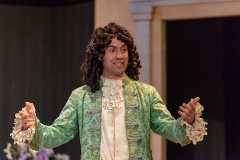 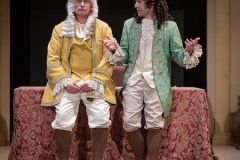 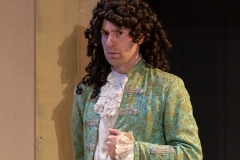 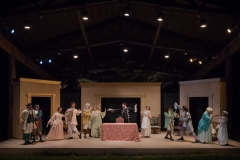 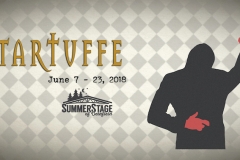 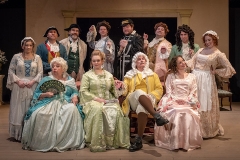 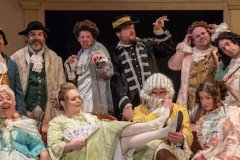 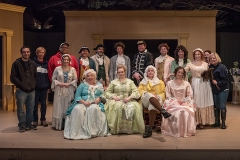 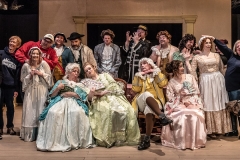