The story of a disturbed young man and his friendship with a disenchanted preacher in southern Indiana in the early 1930s. As much poetry as drama, the play illuminates the ties that bind and break society, family and personal faith – ending in reflective tragedy.

"If a boy knows the weather you got to call it a blessin'." - Basil

Matthew M. Collie (Basil Bennett) is making his FMCT debut with The Diviners.  Matthew’s prior roles include Anton Schindler in 33 Variations and Dr. Jason Posner in Wit.  No stranger to performing, he was awarded 4th Place Speaker in the Nation at the 2006 National Forensic Association (NFA) intercollegiate speech tournament, 5th Place at the 2005 NFA tournament and is a member NFA Hall of Fame.  He works for CoreLink Administrative Solutions in Fargo.

Production photos were taken by the wonderfully mysterious Robbie Njos. If you enjoy the work please patronize Njos Photography. 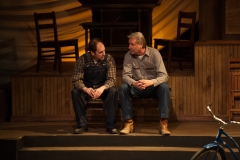 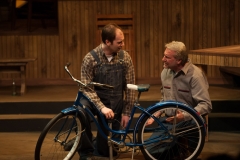 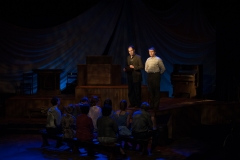 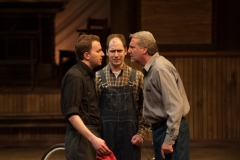 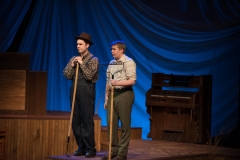 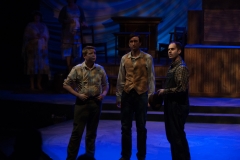 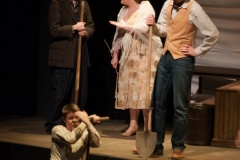 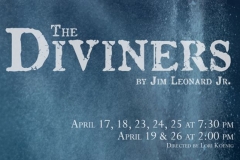 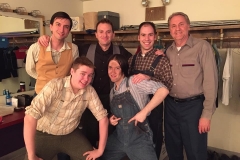 The Men of The Diviners