A comedic romp into the world of fantasy role-playing games! Agnes, following the death of her teenage sister, Tilly, finds Tilly's Dungeons & Dragons notebook, and discovers an action-packed adventure in the imaginary world that was Tilly's refuge. "She Kills Monsters" offers sword fights, homicidal fairies, and 90s pop culture in an homage to the geek and warrior within us all.

"He brings her into a dungeon?" - Miles

Matthew M. Collie (Miles) is making his Village Playhouse debut. A recent transplant to Milwaukee, Matthew appeared in The Best Christmas Pageant Ever as Father/Bob Bradley this December at Sunset Playhouse. Other credits include The Sweet New (Lorenzo), Equivocation (Shag), THE OIL PROJECT, 33 Variations (Anton Schindler), and Wit (Dr. Jason Posner) with Theater B of Fargo, North Dakota; and The Diviners (Basil Bennett) with Fargo-Moorhead Community Theater. Matthew is a member of the National Forensic Association Hall of Fame.

Production photos were taken by the multi-talented Maria Pretzl. If you enjoy the work please support Traveling Lemur Productions, LLC. 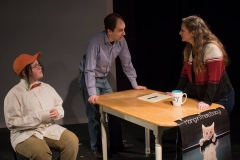 Agnes Is Cheating on Me! 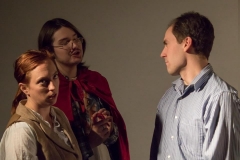 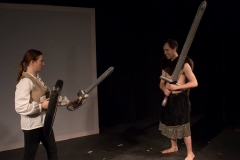 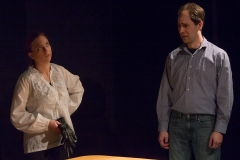 Chuck Can Be Pretty Rough 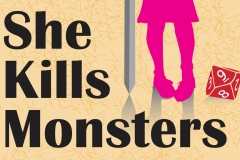