After fleeing Mussolini's Italy, a journalist interned in West Virginia must declare his allegiance. In the years to follow, his son wrestles with what it means to be American, and his granddaughter becomes his grandson. This World Premiere by playwright Raymond Rea explores change through three generations of an Italian-American family as they struggle with emigration, assimilation, and transformation.

The Sweet New was commissioned and received its world premiere staging as part of Theatre B's Incubator series.  The Incubator series was started for the development and staging of new, unpublished plays, as well as devised projects addressing regionally relevant themes.

Matthew M. Collie (Lorenzo) works for CoreLink Administrative Solutions in Fargo. His recent theater credits include Equivocation (Shag), The Oil Project, 33 Variations (Anton Schindler), and Wit (Dr. Jason Posner) with Theatre B; and The Diviners (Basil Bennett) with FMCT. Matthew is an American Forensics Association All-American and a member of the National Forensic Association Hall of Fame.

Production Photos were taken by the talented and soft spoken Kensie Wallner. If you like the work, please support her by patronizing Kensie Wallner Photography LLC. 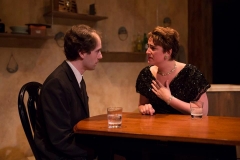 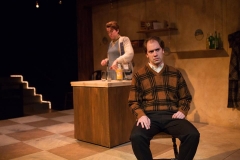 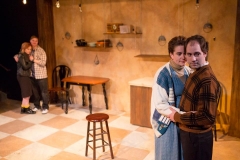 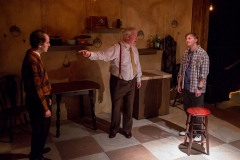 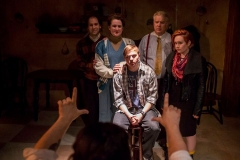 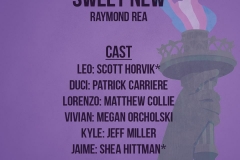 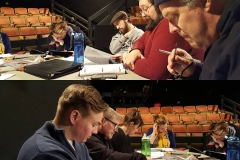 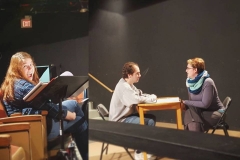