Vivian Bearing, Ph.D., a renowned professor of English who has spent years studying and teaching the brilliant and difficult metaphysical sonnets of John Donne, has been diagnosed with terminal ovarian cancer. Her approach to the study of Donne: aggressively probing, intensely rational. But during the course of her illness—and her stint as a prize patient in an experimental chemotherapy program at a major teaching hospital—Vivian comes to reassess her life and her work with a profundity and humor that are transformative both for her and the audience.

"Professor Bearing. How are you feeling today?" - Jason

Matthew Collie is making his theater debut.  No stranger to performing, he was awarded 4th Place Speaker in the Nation at the 2006 National Forensic Association (NFA) intercollegiate speech tournament 5th Place at the 2005 NFA tournament and is a member NFA Hall of Fame. Matthew received his B.A. in History from Minnesota State University, Mankato. He works for CoreLink Administrative Solutions in Fargo.

Production photos were taken by the talented Michael Benedict. 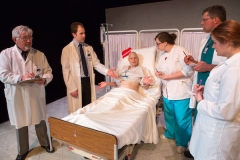 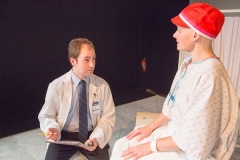 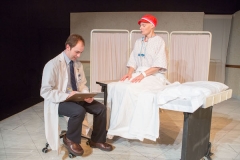 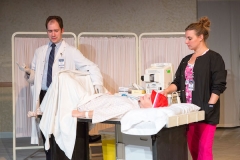 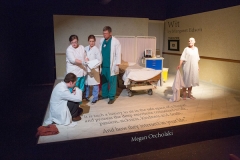 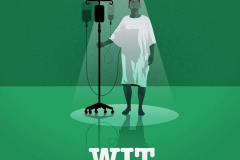 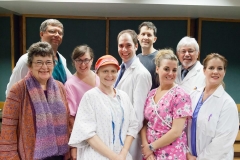 The Cast of Wit