It’s the time on Election Day, every year, where I am reading with a smile about everyone getting out and voting and I stumble across the inevitable question: “How can I give people rides to the polls?” As a former political field organizer, I cringe at this question.

When I was a political field organizer, come Election Day, I was inundated with well-meaning civic-minded citizens wanting to give people rides the polls. The Capraesque feeling that must come from giving an octogenarian, slow moving but quick-witted, a ride to the polls so they can exercise their duty to help choose our elected officials as a member of our representative democracy must be a high akin to heroin. Everyone wants a taste.

I wouldn’t know. I have never given rides to the polls as I was busy working to win the election.

Think about the voter who does not have independent means to their polling location. Most states allow vote-by-mail absentee voting (typically with no excuse) or early voting, and many states put polling places in nursing homes, or the nursing homes organize buses to bring their residents to the polls. Polling places for urban dwellers are typically in residents’ neighborhoods. Basically, if you have the time to vote, getting to the polls or sending in your ballot is not the issue.

What Is The Issue?

Time Is An Issue

Certainly, early voting and no-excuse absentee voting have extended the window to vote from one day to even 46 days (way to go Minnesota!). But most who have difficulty getting to the polls have constraints on their time, not their transportation.

What is an issue are work conflicts. Work schedule conflicts mean people can’t reliably vote because to arrive to work late, miss work, or leave work early, is not an option or a financial hardship. For hourly wage workers it could mean voting or making rent. Want to help a person get to the polls? Advocate for making Election Day a national holiday.

What is an issue is finding childcare. Plenty of single parents have an inability to find childcare to free up them up to go vote. For every parent who brings their kid to the polls to expose them to the American experiment in democracy, there are a score of parents for whom that is a logistical impossibility. Want to help a person get to the polls? Look after their kids for an hour.

No Voting for Felons

What is an issue is ballot access for convicted felons. America has 6.1 million convicted felons who have been denied the right to vote. Many of them are out of jail and were victims of three strikes laws that turned non-violent offenses into voter disenfranchisement sentences. Want to help a person get to the polls? Advocate for criminal justice reform so those who have done their time have their rights restored and our laws do not disproportionately disadvantage minorities.

No Voting With Voter ID

What is an issue is ballot access denied through Voter ID laws. States across the country have enacted Voter ID laws which are attempts at voter suppression disguised as voter protection given voter fraud is rare and does not affect elections. The urban, the poor, the old, and minorities are more likely to not have Driver’s Licenses and getting a government issued ID to comply with Voter ID laws can be onerous. Want to help a person get to the polls? Advocate to remove Voter ID laws as voter fraud is already a crime without Voter ID.

No Voting With Purged Voter Rolls

What is an issue is ballot access by the purging of voter rolls. Parties have challenged voter rolls to suppress the eligible voting pool. Elected officials had unilaterally purged voter rolls in these efforts. The most confusing moment I’ve seen in a polling location (as an election judge, poll watcher and citizen voter) is when a citizen comes in ready to vote only to be told they are not registered. Sometimes they just were unaware they are in the wrong polling location (because it moved). Every time it’s hard for the election judge to find out where they should be or if they are even registered. It’s deflating for everyone involved. Want to help a person get to the polls? Hold local election officials accountable to ensuring ballot access (most are awesome people) and advocate to making registration easier. Also, volunteer as an election judge.

No Voting With Poor Ballot Design

What is an issue is ballot design. Ballots are not intuitive, and for those whom English is a second language face more difficulties than most. Want to help someone get to the polls? Advocate for ballot design reform.

What I needed, and what field organizers of every political party need, are volunteers to knock on doors and call people on phones, to hand out literature and persuade the undecided. When I had people on doors asking if citizens have voted yet, if they said they or someone they knew needed a ride, every volunteer had a number to call so rides to the polls could be arranged. We kept a list of everyone who requested to give rides and connected the driver with the rider.

What is needed is engagement before Election Day. I love all of the civic pride that comes with Election Day, but it is literally the end of the process. Find your cause, find your candidate, and advocate.

Do people still need rides to the polls? Yes, of course, and if you do that Yeoman’s work bless you. You have helped contribute to the great American experiment and, likely, made someone’s day.

I hope that ride serves as the culmination of a volunteer effort and not the entirety. 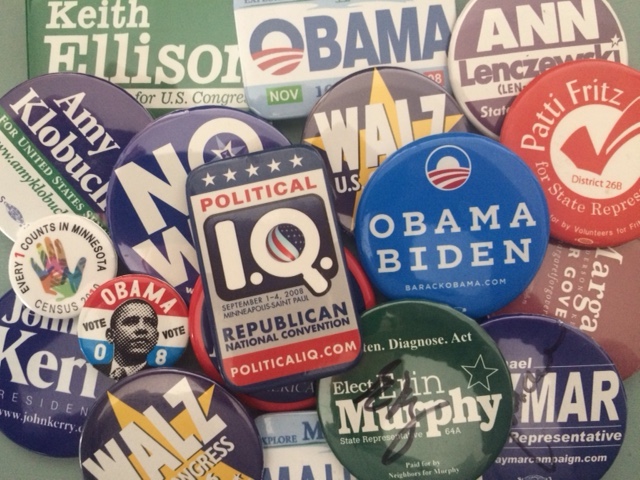 There are plenty of organizations willing to give rides to the polls.  Call your local preferred political party, hit up a neighborhood page/Facebook group, or simply Google.  Here’s a nationwide effort – discount, not necessarily free – via the organization My Ride To Vote.