2014 movie-wise was a year of extremes. The good movies were amazing (12 Years a Slave, The Lego Movie, Snowpiercer) and the bad ones were horrible (300: Rise of an Empire, Riddick, Peabody and Sherman). Even the ok ones tended closer to the extremes than the bland middle.

Yet amazing or horrible we must all agree Everything is Awesome!!!

Looking back on Movies 2014 I am struck by how many times I have rewatched Winter Soldier, Guardians of the Galaxy, and The Lego Movie in just three years.  Yes, I commented at the time 2014 was a year of extremes, but multiple rewatchings is not my typical modus operandi.  Also, I would gladly rewatch all of the amazing movies on this list (only one time watching Snowpiercer?).  What an extreme movie year.

I recommend all on the list except the starred.

Physically stunned me through the credits.

*The Hobbit: The Desolation of Smaug

First indication that Marvel was going to keep the MCU fresh by infusing their films with tropes and styles well beyond superheroes. I love a good political thriller and The Winter Soldier gives us one.

Oh, and the elevator scene.

No one wanted to get out.

Wes Anderson is a genius when it comes to color, but Ralph Finnes is the reason to watch Grand Budapest. If you love Anderson’s design you also love graphic designer Annie Atkins. Listen to her discuss her work for the movie from 99% Invisible.

What a waste of Eva Green. She plays the femme fatale so well.

X-men: Days of Future Past

(Spoiler) Everyone lives in the end! 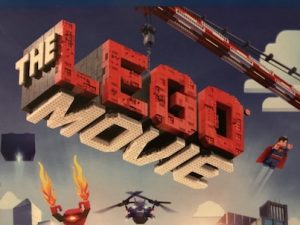 (Spoiler) Everything is Awesome!!!

Tom Cruise became an A-list leading man and has spent his career in those types of roles. Action movie leads are not known for needing a ton of range, but Edge of Tomorrow is the exception. Cruise has to show us the same character living the same day endlessly, a task he does better than Bill Murray’s more well known Groundhog Day.

Dystopia on a train. (mic drop)

Snowpiercer is master class in how setting can brilliantly influence and add depth to otherwise well-worn tropes. Discussions of class, wealth, scarcity, environmental limits, power, and manipulation all take on new meaning when given the compartmentalized limits of train cars.

Guardians of the Galaxy (x2)

I took NoApologyAdvocate to see this on my second viewing. I did not tell her anything about it. She was about at the point of extreme annoyance that we were going to sit through two hours of overly serious sci-fi superheroes when Come and Get Your Love by Redbone began playing over the GUARDIANS OF THE GALAXY title screen. She laughed nearly nonstop after that.

Even Christopher Nolan can bite off more than he can chew. Slow and bloated.

Matthew McConaughey was excellent. When he receives the video letter from his daughter the camera brilliantly centers him on screen and does not move. McConaughey just acts. The same did not happen in the climax scene of McConaughey, his daughter, and the bookcase. It is Interstellar’s emotional climax, d—it! stop moving the camera and show me the actor’s face!

Highest grossing film about rape ever, but overall, a collection of scenes, not a movie.

It is telling how far the final movies strayed from Suzanne Collins source material that the only thing I remember from the movie is the Peeta-Katniss choking scene.  The final scene of the movie.

Birdman is shot to allow for the illusion that it was one giant tracking shot. Ultimately, this cool artifice aside, Birdman is a character study of insecure, ugly personalities. And it’s fascinating to watch.

There is nothing new in Jack Reacher, probably not even for fans of the Jack Reacher novels. However, that does not prevent this movie from being a solid action-mystery. The good guys win, the bad guys lose, and Jack Reacher keeps punching people until it happens.

The Captains is a documentary by William Shatner  where he interviews the actors who have portrayed Star Trek captains (through Enterprise’s Jonathan Archer). A fun way for a Start Trek fan to kill an afternoon while doing chores, there are a few great moments where the real-life personalities of the actors shine in response to Shatner’s charisma. Avery Brooks is a trip.

Began my love of Mike Birbiglia even though I do not remember much of this film. Not sure what it says about Sleepwalk with Me that I want to recommend you just watch Birbiglia’s Netflix comedy special “Thank God for Jokes.” 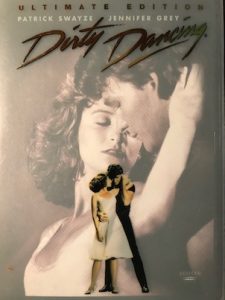 “Nobody puts Baby in a corner.”

I did not expect Riddick to be a good movie. Chronicles of Riddick was not a good movie, but had enough production value to be entertaining to watch. Riddick…was just bad. Starbuck could not even make parts of it interesting.

Nice and moody…until the nonsensical end. (Thankfully, James Mangold was given another crack at it and delivered Logan.) 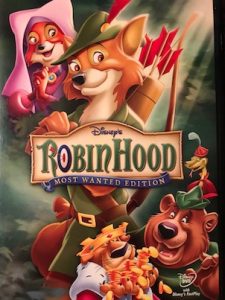 “A pox on the Phony King of England.”

I had never sat down and watched this whole film. Robin Hood is clearly pre-The Little Mermaid Disney: the animation looks like a children’s book (i.e. no computer generation) and the animals move like humans rather than being partially anthropomorphic. Nonetheless, its cute.

The Disney Hood cannot hold a candle to Robin Hood: Prince of Thieves.

Mulan was just outside of my Disney animated childhood so catching it with friends under the age of five was the only way I was going to see this. Thankfully, the little ones were willing to watch Mulan for the 50,000th time.

*Butch Cassidy and The Sundance Kid

Butch Cassidy and The Sundance Kid did not age well. I did not care what happened to either of them.

A historical conspiracy to kill Hitler by the German army, Valkyrie inflates the level of internal threat the Third Reich actually faced. Nonetheless, a well paced paced thriller from Bryan Singer. The best part of the movie may actually be how Valkyrie dealt with how everyone speaks German: Opening scene of the movie, a German officer is speaking German. The camera zooms in on his mouth and when it zooms back out we can understand him (in English). Suspension of disbelief.

How many Jack Ryan’s have their been? Chris Pine and Keira Knightley have good chemistry and Kenneth Branagh and Kevin Costner do not dominate the scenery. Hard to see how this would have generated sequels for Pine and Knightly, but fun.

A British screed against Thatcherism’s impact on UK coal mining communities, Brassed Off was sold in the U.S. as a rom-com starring Ewan McGregor! Which it is…technically. Funny and serious in equal measure, do not go in with the wrong expectations. The final monologue is used as the intro to Chumbawamba’s “Tubthumping”. 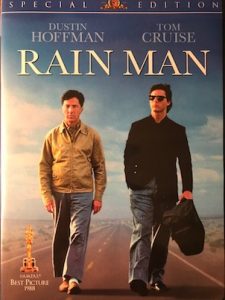 I had never sat down and watched this in one sitting. The 80’s outfits are a bit much, but otherwise Rain Man holds up really well. Not hard to imagine given it won Best Picture, Actor (Hoffman), Director (Barry Levinson), and Writing. See it, if you haven’t.

Peabody and Sherman should come with a child abuse warning.